A BUMP ALONG THE WAY (DISCOVERY)
Synopsis: With her charismatic smile and formidable wit, Pamela (Bronagh Gallagher) knows how to have a good time — and she's not about to let a little thing like middle age stop her. The night of her 44th birthday, Pamela has it off in a van with a stranger 20 years her junior. Her teenage daughter Allegra (Lola Petticrew) is appalled to find her mum hungover at breakfast the next morning, her outrage indicative of the differences between them. While Pamela's content to pass her days working at a bakery and her nights painting the town red with her pal Sinead (Mary Moulds), Allegra focuses on her schoolwork, her veganism, and keeping up appearances. While Pamela attracts men with ease, Allegra can hardly speak to the cute rugby player she has a crush on... -Michèle Maheux (TIFF)

My Thoughts: What a wonderful treat! This movie was on my Long List of films to see at TIFF because I love Irish comedies and this one about a good-time 40-something, single mother who gets knocked up by a 20-something, seemed like the sort of palate cleanser that everyone needs during a film festival that has an abundance of dramas and horrors. As a Discovery film, though, I wasn’t sure how successful first-timers Shelly Love (director) and Tess McGowan (screenwriter) would be in crafting a feature film. With this introduction, however, show that they are more than capable of handling the longer format. Love’s pacing is bang on for a comedy that at its heart is dealing with a middle-aged, pregnant and divorced mum who had her first child at a young and a teenage girl trying to rise above her broken family status, her flighty mother, and her school mates.

With such a plot, the film could have been as ephemeral as cotton candy, but there are notes of reality in the mother-daughter relationship, and in the women’s individual story lines that bear consideration. Abortion isn’t legal in Ireland, so Pamela must deal with the fact that her baby’s parentage will be made public because the father lives in the same town. This visible symbol of her mother’s sexuality, shames Allegra at school and exacerbates the usual embarrassment teenagers feel about their parent.  McGowan’s screenplay resonates with truth at every level: from the exchanges between Allegra and Pamela and Allegra’s awkwardness with her schoolmates to the intimately honest and funny dialogue between Pamela and her bestie, Sinead.

Love has talented actors to work with, especially lead actress Bronagh Gallagher, who imbues her character Pamela with such joie de vivre that you want to raise a pint with her (and, of course, Sinaed.) I also appreciate how Love’s camera simply and effectively reveals Allegra’s state of mind through shots of her school shoes.


I was reviewing past coverage of the Toronto International Film Festival (TIFF) and realized that as good as it is to use social media, I missed having a record of the films I saw and my thoughts about them. I took a break from this blog because I prioritized getting you the information as fast as I could. A quick post on Instagram which links to my Facebook page as well as twitter, is expeditious but it leaves no lasting memories.

In looking back, for example, at my Nordic coverage, I can see posts about directors I’ve connected with over the years such as Fridrik Thor Fridriksson, Dome Karukoski, and Imran Haq, and remember my time seeing their films and chatting with them. Those who seek out their work also have a connection through the words I have written.

This year, I am hoping to chat with director, Jukka-Pekka Valkeapää (J-P), who I interviewed when his film They Have Escaped screened at TIFF 2014. J-P is back this year with a film that TIFF Senior Programmer, Steve Gravestock writes “In its inseparable fusion of horror, grief, and comedy, Dogs Don't Wear Pants plays like a late Buñuel film…” The title alone, and its accompanying picture (below) are gripping, but the name-dropping of Buñuel pushes my interest in the film off the scale! I’m also curious to see how actor Pekka Strang handles the role of an on-the-edge surgeon dealing with the repercussions of his wife’s death. I last saw Strang in Karukoski’s Tom of Finland, in which he plays the iconic photographer of erotic images of gay bikers and leathermen.

In relaunching my blog at this time, I’m hoping that the boost of energy I get from TIFF 2019 will propel me to record more for you here, not just for this festival but for other areas of film, theatre and the arts-at-large.
By donna g at September 02, 2019 No comments: Links to this post

The tag line is "Don't believe a word he says", but you can believe me, Le Menteur/The Liar is a fun way to spend a night at the theatre.

Synopsis: NEW TO PARIS, YOUNG DORANTE is immediately lifted into a world of gallantry and prestige. Intoxicated by this new environment, he invents a fictitious identity. But a misunderstanding about two young women’s names, Lucrèce and Clarice, together with his father’s wish that he marry one of the two, leads to a tangled web, in which truth and lies are lost in fantasy. (Source: http://theatrefrancais.com/en/)

My Thoughts: There is much to enjoy about Théatre Français de Toronto's (TFT) production of Le Menteur/The Liar by Pierre Corneille. Full of witticisms delivered in the French style of its day, the rhyming alexandrine couplets are an added layer to the outrageous lies delivered by Doronte. To get the full impact, it helps to understand a bit of French, but even those reading the surtitles will be engaged by the play as a whole since the flowing beats of the language are reflected in the frolicking pace of the action  as directed by Joel Beddows.

Nico Racitot's Dorante holds appeal to modern audiences with his bleached hair, trendy boots and bright, hipster suit, its one shoulder cape and florid material nodding to past centuries. Racitot delivers lies with such readiness and silkiness that it's hard not to be impressed by his character's mendacious abilities. Even side-kick, Cliton, played with scene-stealing timing by François MacDonald, often falls for the fabrications until corrected by Dorante. Trying to be the voice of reason, Cliton cautions Doronte from time to time but his warnings are never embraced.

Having mistaken the names of Lucrèce and Clarice, Doronte feels impervious to the impact of his falsehoods, creating confusion and minor conflicts between the two women. Valérie Descheneaux shines bright as Clarice and her exchanges with Doronte (he thinks she is Lucrèce) sparkle. Unfortunately for Shiong-en Chan, she is in the shadow of Descheneaux, and her role of Lucrèce is somewhat muted.

Guy Mignault, former Artistic Director of TFT, plays Doronte's loving father, Géronte, who is made into a bit of a bumbler thanks to the multiple misdirections of his lying son. In today's society Géronte would be called a lawnmower parent, over-indulging the whims of his son in an effort to arrange his matrimonial success. Playwright, Pierre Corneille, mainly known for his tragedies (El Cid) inserts a bit of drama into the text with a notable exposition that is delivered with poignancy by the experienced Mignault.

Costumes by Melanie McNeill are cleverly realized. Think millennials dipping into a vintage tickle trunk of 17th century clothing and hacking their finds for the 21st century. I wish I could also give accolades to her set design, but I found the opening and closing of transparent curtains unnecessary.  I read them as an exchange for the usual farcical doors and/or a manifestation of the barriers created by lying, but their use was a distraction to an already good play. I also found the inclusion of karaoke microphones a dispensable tool, as the costumes are such a brilliant way of modernizing the play's youthful characters and their antics.

Rounding out the cast is Alex Cote as Clarice's "fiance", Alcippe; Inka Malovic in the dual role of  Isabelle/Sabine, and Nabil Traboulsi as Philiste. 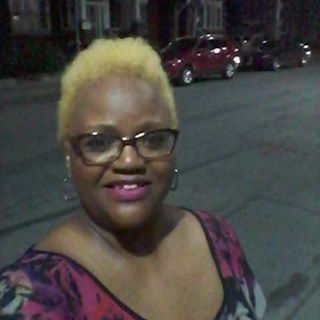 TIFF17: What I Saw/My Favourite Film


Of the 34 features that I saw at TIFF17, my absolute favourite is The Shape of Water, directed by Guillermo del Toro and written by del Toro and Vanessa Taylor.

I wanted to ease into TIFF17, so my first screening was the Frederick Wiseman documentary Ex Libris - The New York Public Library. Yep, you got that right. I decided to kick off the festival with a three-hour film. Why? Because I'm a library geek and how could I  go wrong with a master documentarian? Still, I watched the film with the general public in mind. Beyond its appeal to like-minded people, this doc has a lot to say about current social and political conditions in the United States. We don't just see people borrowing books, we get a glimpse into the various boroughs in which these libraries are located. The make-up of each area determines the library's usage: some borrowers don't have access to the Internet, cutting them off from what's happening around them and father afield. With hook-ups and laptops available from the library they now have access. While some areas have a high volume of digital borrows, books flourish in others, and culturally diverse materials/talks/courses, help sustain and build community--think sign language and braille! I was especially impressed by the inclusion of discussions on race  as it pertains to the history and composition of the country. I attended a Press and Industry screening, but I'm sure those who attend the public screening will be impressed with the scope of the film, leading to some socially relevant questions during the Q & A.

Visit: www.tiff.net for upcoming screening dates and times.
By donna g at September 07, 2017 No comments: Links to this post

TIFF17 kicks off Sept 7 and I don't want you to forget the Canadian and International short films that will be screening at the festival. The beauty of the Short Cuts programmes is that you get the chance to see little gems communicating ideas that you can ponder or laugh about later. I haven't see all the films, but I did get the opportunity to let TIFF programmer, Jason Anderson share his delight in his team bringing these 8 film programmes to the big screen at TIFF. Have a listen and then visit www.tiff.net for detailed information.